It operates through three faculties:

Between them, they comprise 24 schools offering a wide range of degrees and courses to around 17,000 students.

Students benefit from a scholar teacher model where they have an opportunity of being taught by world-leading experts in their field.

Trinity College Dublin’s 47 acre campus is situated in the centre of the Ireland’s capital city, where cobbled squares, historic buildings and playing fields stand alongside state-of-the-art facilities such as the Science Gallery, the nanoscience research Centre (CRANN), the Long Room Hub Institute for Arts and Humanities, the Biomedical Sciences Institute, and The Lir Academy for Dramatic Art.

The college’s Library contains 5 million volumes and an extensive collection of manuscripts, the most famous being the Book of Kells.

Today Trinity has a vibrant international community of almost 17,000 students, 92,000 alumni and 2,860 members of staff. The student population represents 122 nationalities. The university also prides itself on attracting academic staff from all over the world.

Among its alumni are the writers Samuel Beckett, Bram Stoker and Oscar Wilde, political philosopher Edmund Burke and the former President of Ireland and UN high commissioner for human rights Mary Robinson.

The academic year is divided into three terms. Trinity is ranked: 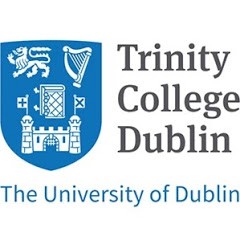 Trinity College is now surrounded by Dublin and is located on College Green, opposite to the former Irish Houses of Parliament. The college proper occupies 190,000 m2 (47 acres), with many of its buildings ranged around large quadrangles (known as 'squares') and two playing fields.