Originally established in Beijing, USTC relocated to its current home in the east of the country during the Cultural Revolution in 1970.

Today, USTC is home to approximately 15,000 students and 3,500 faculty members who oversee its 15 schools, spanning physical sciences, life sciences, software engineering and electro-optical technology, among many other science and technology disciplines.

The university houses two national labs – the National Synchrotron Radiation Facility and the Hefei National Laboratory for Physical Sciences at the Microscale – the only university in the country to do so.

It also maintains strategic links with international organizations such as the International Thermonuclear Experimental Reactor (ITER) and the European Organization for Nuclear Research (CERN), as well as the universities of Oxford, Stanford and Princeton.

USTC is a world leader in fields like quantum manipulation, nanotechnology, high-temperature superconductivity, speech processing, fire science and life science. It is always ranked as one of the best universities in China. For example, USTC was ranked first among Chinese universities from 2008 to 2013 by Nature Publishing Index China. The 2010-2011 The Times Higher Education Rankings ranked USTC 49th overall in the world and 2nd in China.

USTC has more than a dozen schools, many of which are devoted to the sciences, but the university also has academic divisions focused on subjects such as public affairs and business.

USTC’s core strength is scientific and technological research, and more recently has expanded into humanities and management with a strong scientific and engineering emphasis. 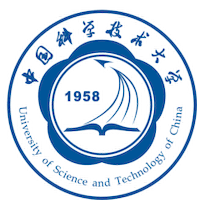 USTC’s current location in Hefei, the capital of Anhui Province. Hefei, also known as Luzhou or Luyang in ancient times, is a historical city located in the central area of Anhui Province, between Changjiang and Huaihe Rivers, bordering Chaohu Lake in the south. Broad avenues and beautiful landscape, modern constructions and historical relics present Hefei as a youthful yet time-honored city.