Wayne State University, WSU, strives for “industry, intelligence, integrity” according to its motto. Founded in 1868 as Detroit Medical College, now the university’s School of Medicine, it has expanded over the years to become an urban research institution made up of 13 schools and colleges. With over 100 buildings located in the beating heart of Detroit, WSU is a nationally recognized metropolitan research institution offering more than 380 academic programs to around 28,000 students.

Students of the university call themselves the Wayne State Warriors. They flock from nearly every state in the US and roughly 60 countries worldwide. For this reason, WSU claims to be the most diverse student body out of all 15 of Michigan’s public universities.

Wayne State is dedicated to preparing students to excel by combining the academic excellence of a major research university with the practical experience of an institution that by its history, location and diversity represents a microcosm of the world we live in. The institution is a notable engine in metro Detroit's educational, cultural and economic landscape.

The university is associated with and hosts many events of the Detroit Windsor International Film Festival, which was launched in 2008 and takes place in June. It has also included its own student film festival within the programme. It is currently Michigan's third-largest university and one of the 100 largest universities in the United States.

WSU has been recognized by the Carnegie Foundation as a research intensive university with a very high degree of research activity. The Foundation has also awarded it the Community Engagement classification in honor of the work it does in and around Detroit.

Notable alumni include the late Philip Levine, Pulitzer prize-winner and poet laureate for the US, Cora Brown, the first African-American woman elected to a state Senate, and Keith Ellison, the first Muslim in Congress, Larry Brilliant, Executive Director of Google.org and many others.

Wayne State University is listed as one of the top 34 percent of global universities by U.S. News and World Report in 2016.

The most popular majors by the number of registered students are psychology, health care, biology, criminal justice and safety studies, accounting.

Many of its schools have high national rankings in 2016.

U.S. News and World Report ranks Wayne State's Law School among Top 100 law school, and the second-highest ranked law school in Michigan. It also ranks the College of Nursing as one of the top nursing programs in the country.

The Eugene Applebaum College of Pharmacy and Health Sciences was ranked one of the 50 best pharmacy schools in the country by Pharmacy Times. The School of Social Work has been ranked the 38th in social work in the U.S. News Grad School Health Programs Rankings. The medical school is ranked #69 by U.S. News & World Report in the nation for research. 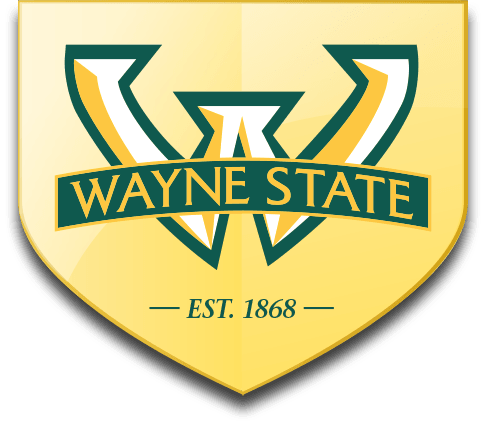 Wayne State University is located in the Detroit city. The WSU main campus encompasses 82 ha linking more than 100 education and research buildings in the heart of Detroit.