On May 31, 1850, nine men gathered to begin planning a university that would serve the Northwest Territory of the United States of America. Given that they had little money, no land and limited higher education experience, their vision was ambitious. But through a combination of creative financing, shrewd politicking, religious inspiration and an abundance of hard work, the founders of Northwestern University were able to make that dream a reality. 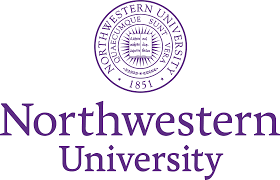 Students' favorite locations in Evanston and Chicago. Evanston, now considered a national landmark, is a dynamic and diverse community that is home to Northwestern University. Evanston borders Chicago on the north side, along the southwestern shores of Lake Michigan.

Chicago is the third largest U.S. city, along the southwestern shores of Lake Michigan. Northwestern University’s Chicago Campus is located between the edge of Lake Michigan and the famous "Magnificent Mile" on Michigan Avenue. Chicago is home to over 40 museums, more than 150 theaters and over 6,000 restaurants, one of the last free zoos in the world, the Lincoln Park Zoo.

Northwestern University’s U.S. campuses are located along the southwestern shores of Lake Michigan in Evanston and Chicago, Illinois. In 2008, a third campus opened in Doha, Qatar’s Education City; includes 12 schools and colleges.

Like the rest of Northwestern, our campuses are multi-dimensional and one-of-a-kind. Evanston and Chicago Campuses campuses, 12 miles apart and bordered by a Great Lake. In addition to public transit, free intercampus shuttle runs students between the Evanston and downtown Chicago campuses. On the Evanston campus, you will find beaches, shops, coffee houses, restaurants, and theaters just down the street from classrooms, labs and lecture halls.

Located in the bustling Streeterville neighborhood, Chicago campus is close to attractions such as the Magnificent Mile, the Museum of Contemporary Art and John Hancock Center.