Ohio State University’s roots go back to 1870, when the Ohio General Assembly established the Ohio Agricultural and Mechanical College. In 1878 the college's name was changed to The Ohio State University. In that same year the first class of six men graduated, and in 1879, the university graduated its first woman. The college began with a focus on training students in various agricultural and mechanical disciplines but was developed into a comprehensive university.

In its 2016 edition, U.S. News & World Report ranked Ohio State as tied for the 16th-best public university in the United States, and tied for 52nd among all national universities of U.S.A.

College of Education and Human Ecology stands out of them as the best in Ohio and 16th nationally out of 278 graduate education programs.

In general, acceptance Rate of the Ohio State University is 53%. 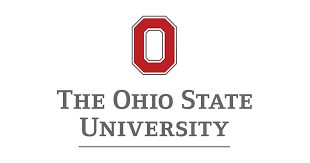 The Ohio State University isn't just a campus in Columbus. As a land-grant university, Ohio State has a physical presence throughout the state, with campuses and research centers located around Ohio.
Columbus, where the main campus is based, is home to Ohio State and one of the largest universities in the United States—is in the midst of a cultural renaissance that's drawing visitors and transplants alike. The city's climate is characterized by hot, muggy summers and cold, dry winters. Columbus is home to several notable buildings, museums, large parks and attractions, festivals and shopping centers.
Ohio State's 7.14 km2 of main campus is approximately 4.0 km north of the city's downtown. Four buildings are currently listed on the National Register of Historic Places: Hale Hall, Hayes Hall, Ohio Stadium, and Orton Hall. Unlike earlier Ohio state universities such as Ohio University and Miami University, which have campuses with a consistent architectural style, architecture on the Ohio State campus does not conform to a unifying theme such as Gothic revival or Georgian. Instead, Ohio State's buildings are a mix of traditional, modern and post-modern styles.
One of its main sights, William Oxley Thompson Memorial Library, is the North America's 18th largest university research library with a combined collection of over 5.8 million volumes.