UB is dedicated to academic excellence and its research, creative activity and people positively impact the world. It has the largest and most comprehensive campus in the 64-campus SUNY system. It is an established leader and is consistently recognized by top university guides and publications for the excellent value and high-quality academics.

UB's alumni and faculty have included a Prime Minister, astronauts, Nobel laureates, Pulitzer Prize winners, 3 billionaires, Academy Award winners, Emmy Award winners, Fulbright Scholars, and Rhodes Scholars. The university was founded by Millard Fillmore, who served as the school's first chancellor and who would later serve as U.S. President and U.S. Vice President, making UB one of the only two universities founded by a U.S. President.

U.S. News and World Report's 2017 edition of America's Best Colleges ranked UB the 99th on their list of best national universities and the 43rd among public universities.

UB's admission is considered selective with high levels of transfer-in as well as rolling admission deadlines. The university received 21,985 applications for the Class of 2015, admitted 51% of them, and matriculated 27.9%. 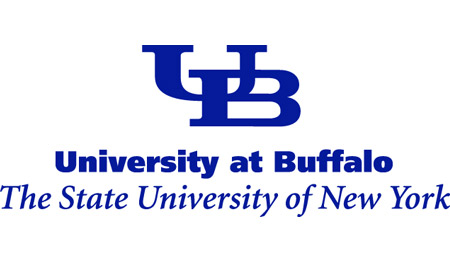 The Buffalo-Niagara region is a major metropolitan area with a diverse blend of communities, each with its own distinct character well known for their welcoming nature and spirited loyalty.

In a city as diverse as Buffalo, there is always something fun to do, whether it's taking a leisurely walk in one of glorious Olmsted-designed parks or taking in a thought-provoking work of art at dozens of art galleries. Forbes magazine declared Buffalo the “best U.S. city” for commuting. In fact, Buffalo’s average commute time—it has been clocked at 20 minutes—is the second-shortest of the country’s 52 largest cities.

Billed as the “20-Minute City” and "America's Best Designed City," Buffalo's world-class design makes getting around a snap.